700MHz clearance occurred at Craigkelly in Oct 2018 when it reverted to its original A group. Those in poor signal areas will find swapping to an A group aerial (from a wideband) will pay dividends, see Craigkelly graph.

Craigkelly transmitter was built in 1971, or rather more accurately it was rebuilt on its present site. The tower was originally in use at Emley Moor in 1956 by the IBA, as the first of the three transmitters to have been in existence there. The tower is situated about 8 miles North of Edinburgh, overlooking the Firth of Forth and the most famous bridge in the world. Its population coverage is about 1 million and it uses nine smaller repeater transmitters to improve its coverage in fringe areas.
The site altitude is 182m and the structure height is 125m with the transmitting arrays possibly another 10m or so above that, see How High Is High ?
Being a "main transmitter" it is horizontally polarised. Craigkelly was originally an A group it then became a K group (or wideband) at digital switchover, but it’s now reverted to an A group (excl MUXES 7 and 8 which are due to be switched off between 2020 and 2022 anyway).

There is one "Local" channel allocated to Craigkelly, CH32, which is used mainly for a local Edinburgh TV station.

For the most up to date MUX to channel allocations etc put this postcode KY3 9HW into the Freeview checker.
Also see Scottish Central region Freeview transmitters.

Because of wideband antennas poor response at the bottom of the band, anyone who really requires a "high gain" aerial on a A group transmitter, e.g. Craigkelly, should actually fit a A group ! See Craigkelly’s Graph
(Not that many people actually need a high gain aerial anyway........) 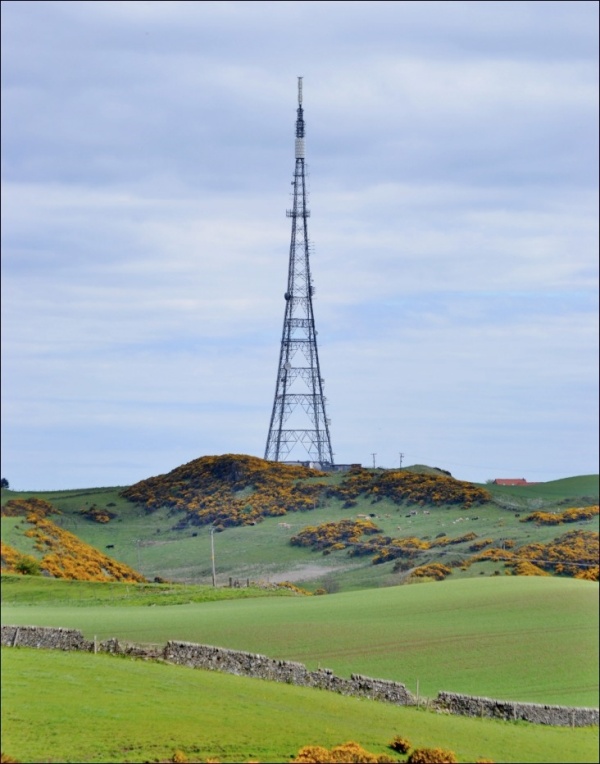 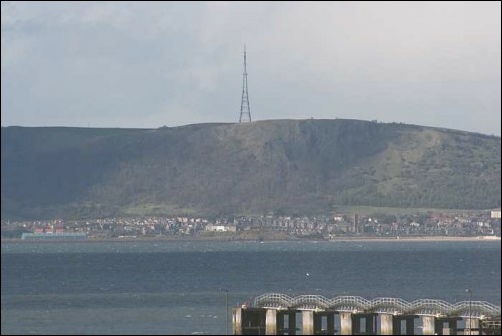 Craigkelly  transmitter : graph of its transmissions against the gain curves of the aerials we recommend for it 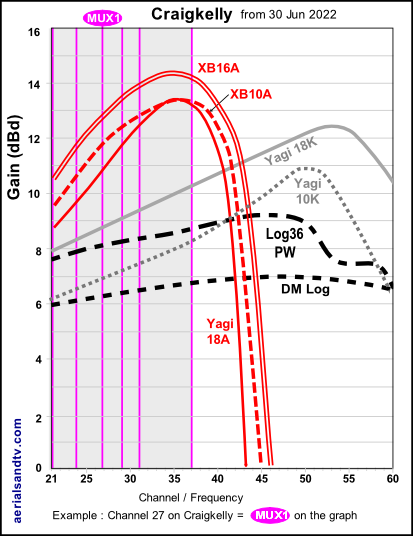 Note how after the 700MHz clearance in Oct 18 Craigkelly reverted to an A group, so those in poor signal areas could swap to a grouped aerial and get significantly more signal.
[link]

For the most up to date MUX to channel allocations etc put this postcode KY3 9HW into the Freeview checker.
Also see Scottish Central region Freeview transmitters. 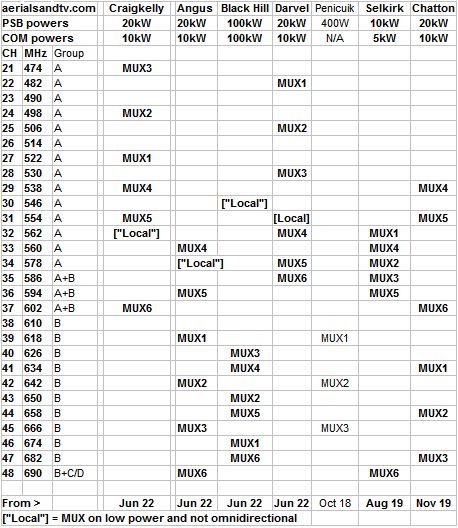 This table also includes the same information for some of the other transmitters receivable in the area, namely Angus, Black Hill, Darvel, Penicuik, Selkirk and Chatton. This data can be of great use in determining possible causes of co-channel interference and / or alternative transmitters to try if Craigkelly fails to give an adequate signal, see the importance of "Line Of Sight". Note how the transmissions "dovetail" together in an attempt to minimise co-channel interference. The Channel Allocation Guides can also be very useful in the diagnosis of co-channel interference problems and can also be invaluable if you are trying to find a spare channel for a modulated output (e.g. for a Sky box or CCTV system) to be added to your TV setup/distribution system without suffering from co-channel.