The Yagi18K is the correct aerial for K group transmitters for sites in medium to poor signal areas, or, since it’s been effectively a wideband since 2013, any site in a medium strength signal area.
Yagi 18s have particularly good build quality.
Also available in a wall installation kit and a chimney installation kit.

We recommend our Yagi18K for medium signal areas (or poor areas of reception on wideband or K group transmitters). Despite being significantly smaller (wind loading wise) than most “high gain” wideband aerials, the K group version has around the same gain (over the K group) as a 10 bay X beam wideband or a Tri Boom. The version we stock has the best performance of all the Yagi18s on the market, it has a “balun”, a cradle and a tilting clamp for poles up to 2in. Last, but by no means least, these Yagi18s are one of the sturdiest aerials around. In fact we sold one to a chap in Orkney and he reported it was still fine after a 110mph wind ! Another customer stated “this Yagi18 makes all other aerials look like cheap, tacky TOYS!” Many people replace Bacofoil aerials with these and are amazed at the difference in build quality, and you will be too…….
I’ve always liked them, they’re one of my favourites, I would say that, all things considered, the Yagi18s (and their little brother the Yagi10K) are probably the best aerials we sell.

Note that since the 2013 4G clearance the Yagi18K is effectively a wideband, i.e. it’s suitable for any transmitter, but it works particularly well on these K group transmitters.

See aerial reports for the Yagi18K.

The test performance and the dimensions and wind loading of the aerial can be found in the tables below. 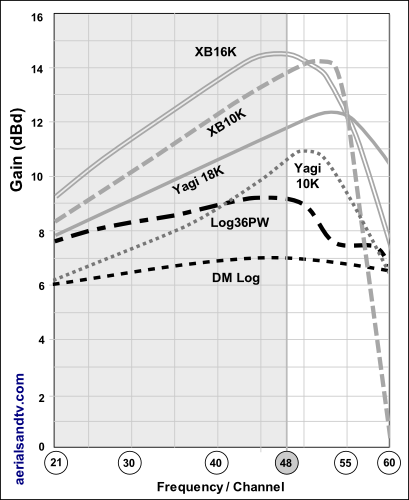 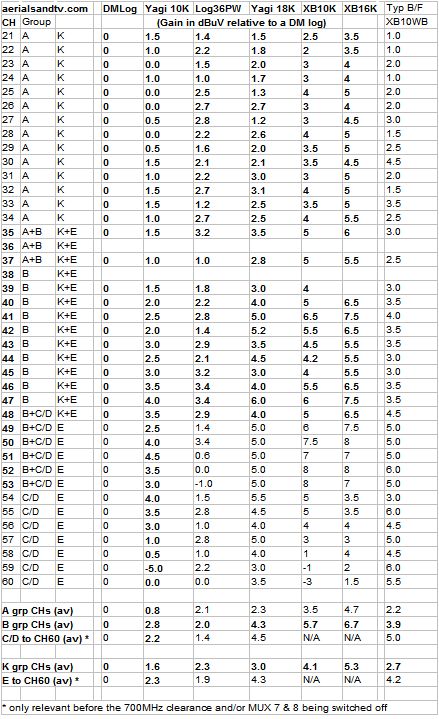