700MHz clearance is due at Nottingham on the 4 Mar 2020, when stayed a K group on CHs 21 to 48, but for those in particularly poor signal areas only MUX 6 will be out of the A group. 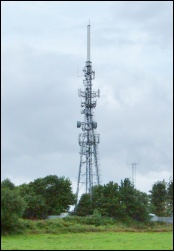 Nottingham TV transmitter was built in 1973. It is vertically polarised and is a repeater (off Waltham). Nottingham was originally an A group for analogue but is now a K group. For those in poor signal areas it will be noted that since March 2020 only MUX 6 is out of the A group, see higher gain A group aerials.

The tower is situated just West of Nottingham and Ofcom quote its maximum population coverage as being about half a million, though that includes households which may well be on another transmitter with overlapping coverage.

For Nottingham’s channels / frequencies see Waltham’s channel allocation guide which is reproduced at the bottom of this page, or put the postcode NG16 2SU into the Freeview checker. Also see Central region Freeview transmitters.

Nottingham has one ”Local” channel allocated to it (on CH44 after Mar 2020) for a Nottingham local TV station.

Because of wideband antennas poor response at the bottom of the band, anyone who really requires a “high gain” aerial (though not that many people actually need a high gain aerial) on a K group transmitter, e.g. Nottingham, should actually fit a K group ! See Nottingham’s graph.

For Nottingham the Yagi10K for strong signal areas, the Log36 for medium signal areas, and the Yagi18K or XB10K for poor signal areas, the latter aerial being particularly well suited to loft mounting. The XB16K is for those with the most marginal signals. The dimensions and test performance of the aerials are on the relevant buy pages. 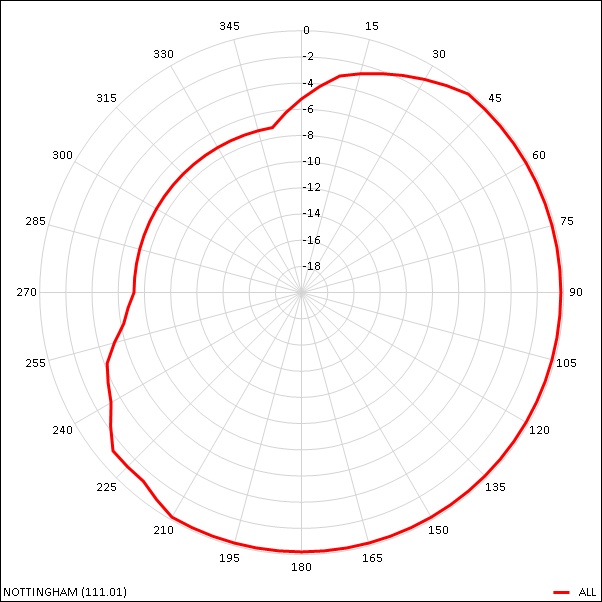 Nottingham transmitter’s radiation pattern.
Note how the transmitter puts out more power to the South East.

The transmitter is easily seen from the M1 just South East of junction 26. This particular point was as far as the M1 got by 1966, the next section North from here didn’t open until 1967. Just prior to taking these pictures I had the fabulous luck to see one of those infuriating drivers (who overtake you on the inside at 90mph then cut you up, all whilst chatting on their mobile phone) get his comeupance. What a t****r he was...... But fortunately one of the cars he’d cut up was an off duty traffic policeman ! ! ! Fantastic, it’s good to know there is some justice in the world ! 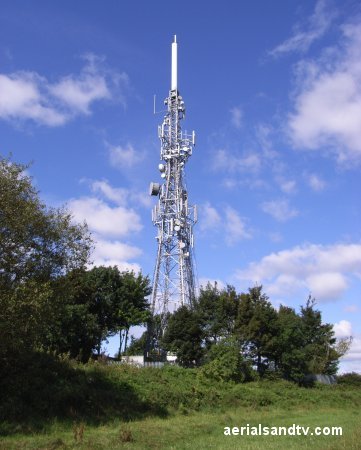 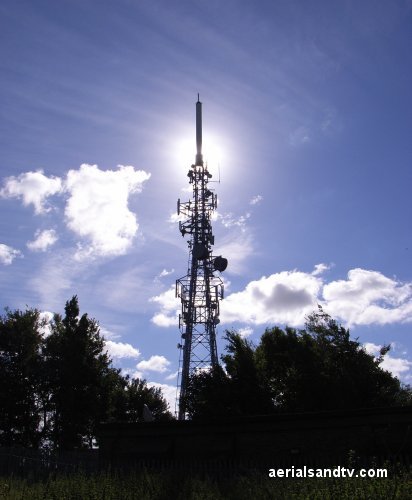 Nottingham transmitter is visible from much of Nottingham, though possibly only the top of it ! This is not just coincidence, remember the importance of “Line Of Sight” for RF reception. The above picture was taken looking NW from Wollaton Hall and careful examination will reveal the white cylinder which shrouds the transmitting arrays on the transmitter. 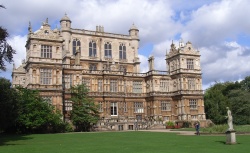 Incidentally Wollaton Hall is well worth a visit. It is situated in the western suburbs of Nottingham. The hall was built in 1588 and the Nottingham natural history museum moved in in 1926. There is also the fantastic Nottingham Industrial Museum, the latter being open on Sat & Sun (plus selected B/Hols) with steam days on the last Sunday in each month, a great afternoon out for adults an kids !

Nottingham transmitter : graph of its transmissions against the gain curves of the aerials we recommend for it
[link] 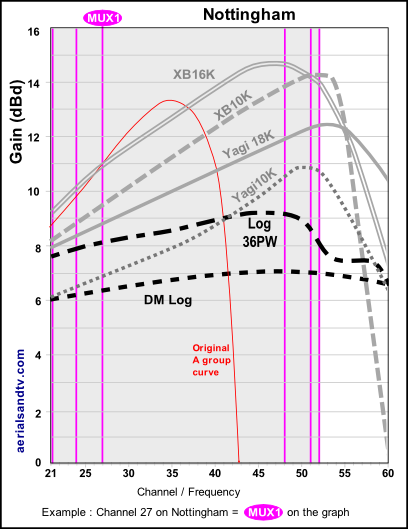 Nottingham’s channels in relation to the UHF TV band and the gain curves of the aerials we recommend for it :

It will be noted that a K group (or wideband) aerial will receive all the digital transmissions.
The graph shows that the three PSB MUXES can still be received on an original A group aerial, and after the Mar 2020 700MHz clearance only MUX 6 will be out of the A group. This is of particular interest to those in poor signal areas 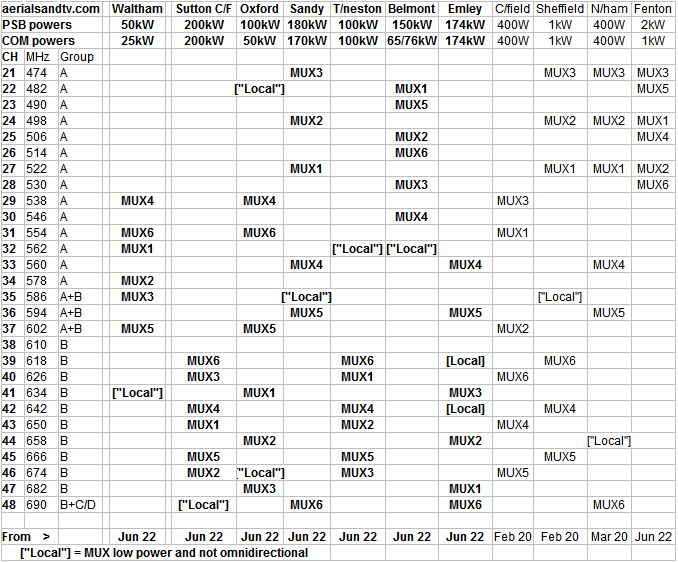